You are here:
Distraction 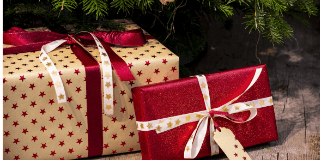 If Christmas spend were property, how much would Norfolk be purchasing?

Christmas is fast approaching, a time for giving and receiving, eating and spending time with family and friends. Across the UK it is estimated that each household spends over £825 on Christmas, of which over half is on gifts. The UK are the highest spenders on Christmas gifts, according to research by the Centre for Retail Research. In 2017 the average spend was £243.77 per person. This compares to just less than £142 in France, £194 in Germany, £202 across Canada and £217 in the US.

According to official data there are just over 279,000 households across Norfolk. Based on these figures, the total spend on Christmas 2017 was a staggering £229 million, of which £132 million would have been spent on gifts. Pooling resources, the county would have been able to afford both the $90 million (£70 million) ‘Portrait of an Artist (Pool with Two Figures)’ by David Hockney which smashed auction records last month, as well as either the world’s most expensive car, a 1963 Ferrari 250 GTO which sold in August for $70 million (£52 million), or the exquisite Pink Legacy 19.86 carat diamond, which sold for $50 million (£38.5 million), a record breaker for the highest price per carat diamond ever sold. The world’s most expensive bottle of wine, a 73-year old French Burgundy which sold for the equivalent of £424,000 in October, would no doubt complement a fine dining Christmas lunch.

But if Christmas spend were property, how much would Norfolk be purchasing for Christmas?